In 1978, Liverpool artist and cartoonist George Nicholas and his dynamic community arts team, ‘Art For Their Sake’ decided to offer their services as muralists free of charge to Europe’s largest hospital, Alder Hey Children’s Hospital in Merseyside.

Realizing the potential of the massive wall space ‘Art For Their Sake’ attempted to transform the drab draconian corridors throughout the huge multi level building. 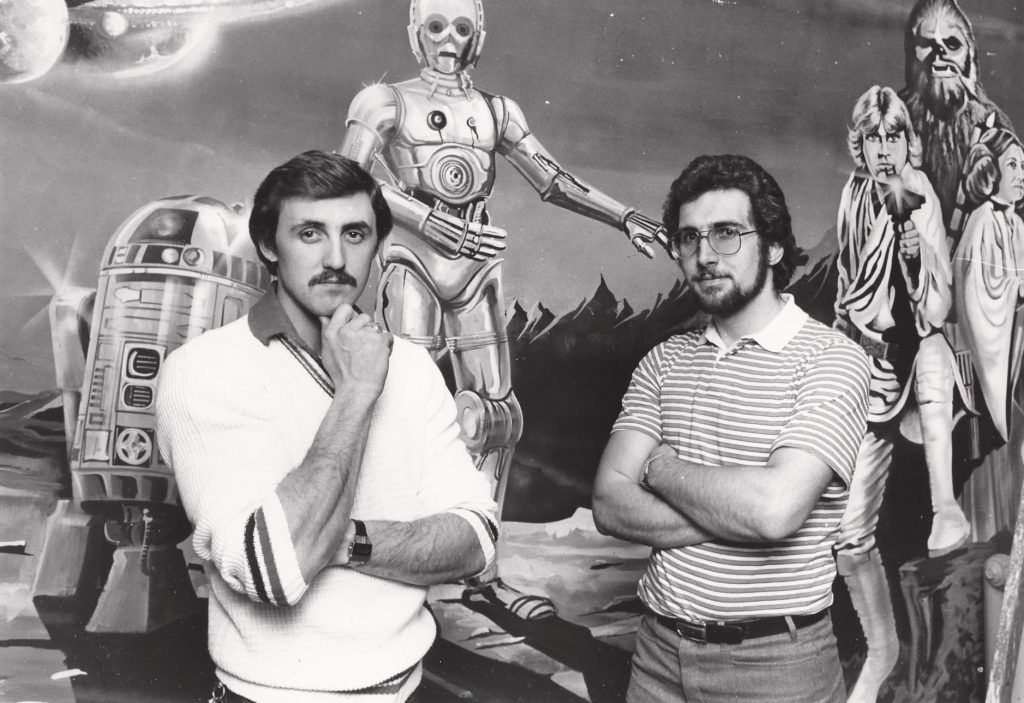 Soon after forming a team consisting of volunteer artists and muralists from the community, ‘Art For Their Sake’ created a staggering 17,963 sq. ft. mural, earning the team a place in the Guinness Book of World Records as the world’s longest mural. The Alder Hey mural eventually grew to in excess of 34,000 sq. ft.

The charity became famous for their work in Alder Hey Hospital in Liverpool, Merseyside where they created The World’s Longest Mural. 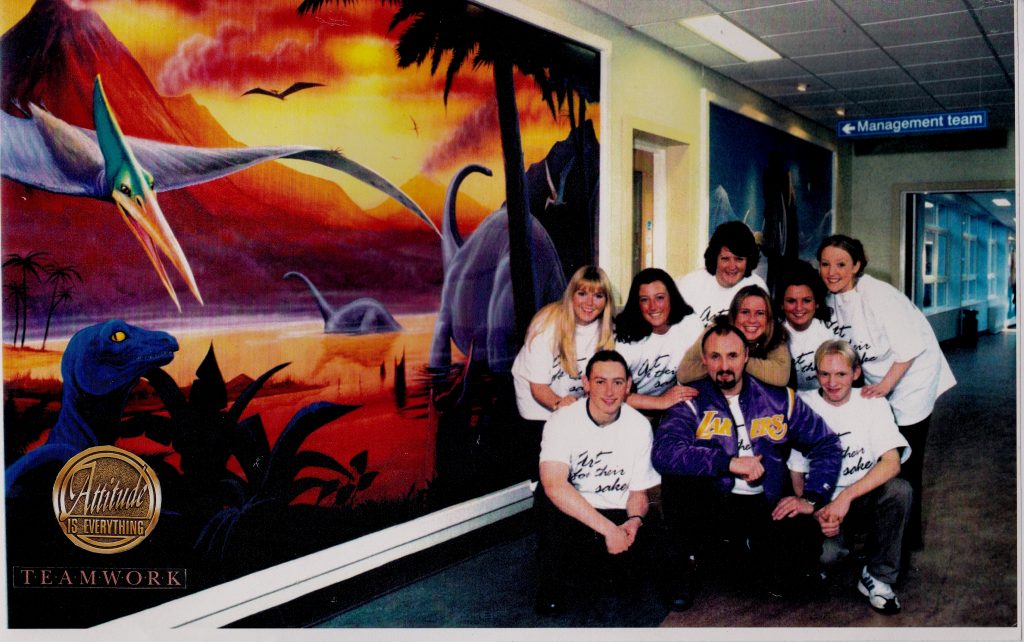 The project was well received and has generated it’s own publicity inspiring sponsorship along the way, which has involved TV and Sports Personalities.

Now, over 30 years on, ‘Art For Their Sake’ deploys the skills of many professional artists, covering a wide range of skills, including sculpturists, designers, theatrical scenic artist, cartoonists and also painters and decorators.

Art For Their Sake have many project sites throughout the United Kingdom and hope to obtain sponsorship for them. Led by the charities founder and project co-coordinator George Nicholas, the team is hoping to embark on more regions in the near future with their projects and skills. 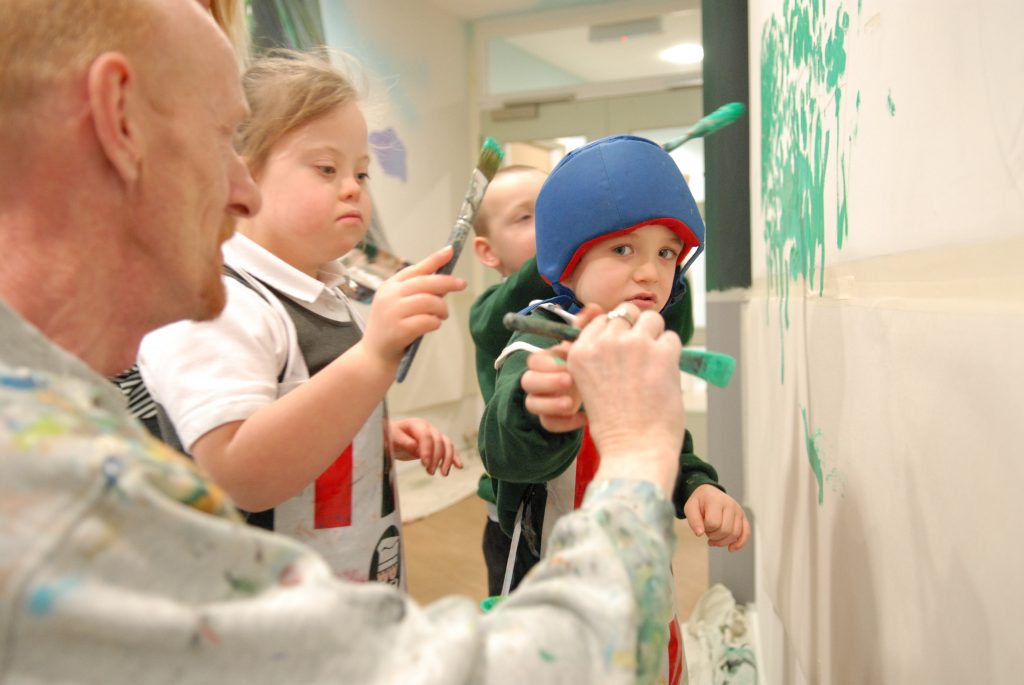